Jennifer on her mothers influence 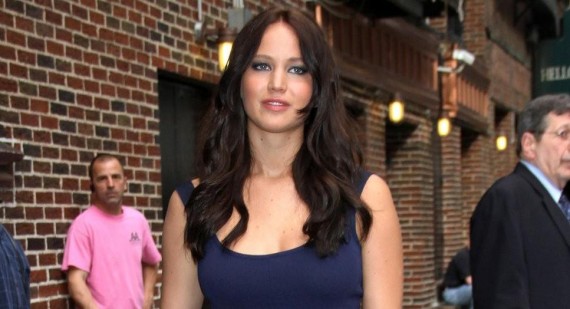 21 year old X-Men: First Class actress, Jennifer Lawrence, has revealed how her mother has had a big impact on her career so far, helping her to choose which roles she decides to audition for. Jennifer admitted that, while she is a fan of The Hunger Gamesbooks, it was in fact her mother who read the book first and fell in love with the character Katniss.

Lawrence explained, “I had read the books before I even knew I would be auditioning for the movie, and was a huge fan of the material. Actually, my mom read them first and thought it was an incredible role and story. She did the same thing with Winter’s Bone, so she must be a clairvoyant, or just has really great taste.” Jennifer won an Oscar nomination for her performance in Winter’s Bone.
She added, “Katniss is an incredible character: she’s a hunter but not a killer, a 16-year-old who’s being forced into the arena. These kids are killing one another only because if they don’t they’ll die. It’s needless, pointless, unjustified violence. It’s heartbreaking. When I auditioned, I told director Gary Ross, ‘I understand if you don’t hire me, but please remember that after Katniss shoots a bow and kills someone, her face cannot be badass.’”
Jennifer concluded, “So there’s nothing cool about her. It’s not like she looks around the arena and goes, ‘Yeah, I got this.’ I think she looks around helplessly, and thinks, ‘I made a promise to my sister that I would survive, now I have to kill in order to do so.’” Jennifer Lawrence can be seen portraying Katniss when The Hunger Gamesis released on March 23, 2012.