The Hunger Games star Jennifer Lawrence recently told SciFiNow how she was told to lose weight when she signed onto play Katniss Everdeen. And as if we couldn’t love the down-to-earth starlet any more, she explained how she took a metaphorical bow and arrow to their suggestion and shot it straight down.

“I was very adamant about that, because I think that our industry doesn’t take enough responsibility for what it does to our society, about having these unrealistic expectations, and I don’t want to be part of that. I remember what it felt like to be 14 years old and looking at a Victoria’s Secret model, and thinking, ‘I’ll never look like that.’ I don’t want to make someone feel like that.”

The 23-year-old has been known to lash out at the US TV show, The Fashion Police, where presenter Joan Rivers critiques celebrity outfits and body shapes. “The thing that upsets me the most is when anybody says anything to one of the people from a show like that, they say, ‘Well, welcome to the real world!’” Lawrence continues.

“The world’s not really going to change if we just keep saying stuff like that. What if, in the ‘50s, someone had said, ‘Why should black people use a separate bathroom?’ and you said, ‘Welcome to the real world!’ Nothing really changes as long as someone has that mentality, until someone has the mentality of, ‘We aren’t going to call anybody ‘fat’ on TV because I think it’s incredibly dangerous.’ I think that everybody is responsible for the effect that they have. And it fires me up!” 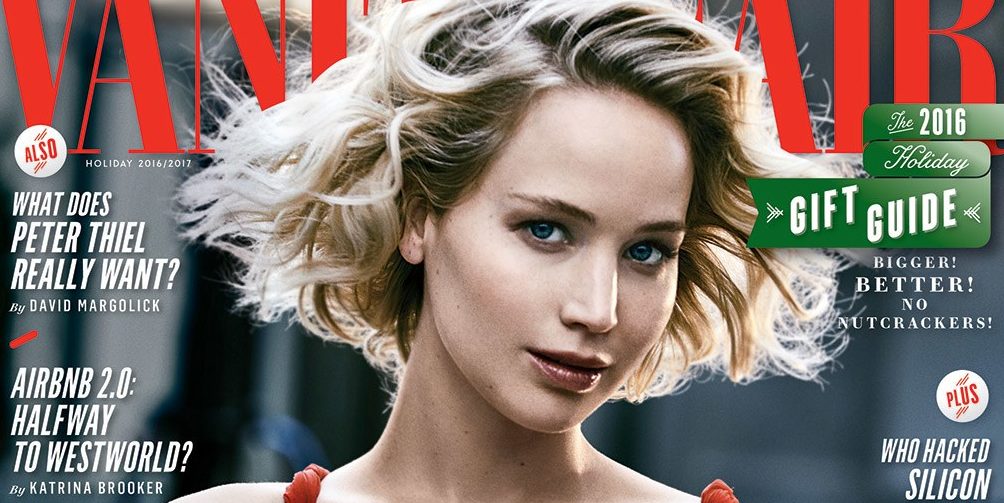