Lionsgate has just announced that E. Roger Mitchell will be joining Jennifer in the sequel to The Hunger Games,  Catching Fire as Chaff, the winner of the 45th Hunger Games and tribute to the 75th game.s 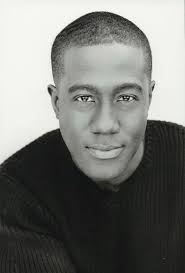 E. Roger Mitchell is an Atlanta based actor with decades of experience on the stage.  His small and big screen roles have included “Battle: Los Angeles”, The Shield, One Tree Hill, and Tyler Perry projects including “Diary Of A Mad Black Woman”, “Daddy’s Little Girls”, and House Of Payne.

THE HUNGER GAMES: CATCHING FIRE begins as Katniss Everdeen has returned home safe after winning the 74th Annual Hunger Games along with fellow tribute Peeta Mellark.   Winning means that they must turn around and leave their family and close friends, embarking on a “Victor’s Tour” of the districts.  Along the way Katniss senses that a rebellion is simmering, but the Capitol is still very much in control as President Snow prepares the 75th Annual Hunger Games (The Quarter Quell) – a competition that could change Panem forever.